I’ve been fairly quiet on the blog front. Clearly we’re all under some pressure, but I’ve also been dealing with some bonus pain. I’ve had episodes of awful symptoms which signal that my pancreas may be acting up again. It’s been a while since I’ve had to deal with pancreatitis and I am scared of a comeback.

The pain triggered some really desperate memories. It also gave me lots of time to ruminate on how PTSD never stops giving me unpleasant surprises. The nature, frequency & severity of my reaction to trauma stimuli is forever changing. In my (also unending) quest to de stigmatise mental illness I thought some recent triggers might be worth sharing.

Waking up in the middle of the night to pee is not a thing that I do except during pregnancy. I’m a hold ‘til morning girl. The frustrating sensation of leaving a comfy bed & stumbling to the toilet in the dark is one I associate with pregnancy. Sitting on the toilet half awake looking at my painted toes I had the trauma version of de javu. My body remembers this. The exact emotion. The precise thoughts. I’m ok, but I know I won’t be getting anymore sleep. I’ll be distracting my head from going back there. Lying still in the dark would be asking to feel things I don’t want to feel.

Sometimes to occupy my mind through those sleepless hours I watch crap tv. Ideally something I don’t have to concentrate on. Mildly entertaining 90’s sitcoms work a treat. That is until the wife in King of Queens is unexpectedly pregnant & then just as they’re getting happy about it, not pregnant anymore. Numb viewing to uncontrollable sobbing in 20mins or less.

A fun park adventure with the rascal is momentarily derailed when someone calls me his Mummy. I smile, correct them & return to my role of bad octopus pirate. I feel the impact, but I look steady. Until much later when the memory of all the babies who’ll never call me Mummy knocks me flat.

I wake up bloody because my period has started in the night. I’m not inconvenienced I’m terrified. Those cramps ripping through my pelvic region signal disaster. It takes a bit of time to centre myself in the now. Repeat, ‘I’m ok’ over and over as I drag myself through a shower. Tampon, comfy clothes, paracetamol. I’m almost calm by the time I return to tackle the bedding. I’m genuinely shocked when the sight of blood on sheets sets me trembling. I was devoting all my attention to not getting sucked into one trauma hole that I forgot about another. I have to sit on the floor but I’m still watching an old iteration of myself. Younger, sicker me is ripping bloody sheets from an entirely different bed. More than the sheets are stained. My body is raw & dripping. I feel as exhausted now, in my healed, safe body as I did then in that recklessly butchered one.

My stupid period tracker with its stupid unwanted alerts. High chance of pregnancy. Such a simple sentence triggers such complex crazy. The stress and hope of trying. The heartbreak of failing. The unwanted reminder of how few of these high chance days may be left. Fleeting recollections of disappointing perfunctory sex and an even more disappointing man. Wearily buying tests. Angrily buying tampons. Wanting the monthly reminder to be over and fearing that end. Wrap it all up in a hollow ache in my middle that never leaves, but echoes as I read those words and you have my condition.

My ridiculous cat managed to injure his paw and now I must try to keep dressings on until it is healed. If you know anything about cats, you’ll know what a challenge this is. I have experimented with various ideas none of which preserved his dressings for long. I started thinking he needs a sock & then remembered I had some baby socks. They must have belonged to one of my nieces or nephews. Baby bits and pieces will end up in your hand bag/pocket after a day of auntying. I seized upon the long lost sock as the solution. I didn’t feel sad or even link the tiny item to anything painful until I started trying to put it on my cat. Then from nowhere I was flooded with too many feelings. I love my boy, he’s wonderful. Still, I couldn’t avoid the fact that he’s the sole recipient of my mothering.

A character in the book I’m reading is trying, with difficulty, to explain why she feels guilty for various past events. I feel as though I have taken a deep breath & inhaled fictional strife. My own twisted guilt is equally hard to comprehend. For me, self reproach is as essential as oxygen. The chord of perplexing guilt could catapult me into a multitude of memories. This time I land flailing in the aftermath of standing up for myself. I can feel the certainty that so recently fizzed go flat. That overwhelming sense of this must somehow be my fault returns. I feel angry about all the shit I put up with, but I still can’t fully convince myself I’m not to blame. Now I’m full of guilt for events long passed. Today is ruined as I attempt to untangle things that never made sense to begin with.

Triggers lurk. Sometimes entirely unexpected things stir up pain. It can be fleeting or set off a chain reaction. I have adapted to a life with booby traps. I often appear untouched, but only because I work so incredibly hard at hiding the mess.

Miscarriage is lonely. When it happens you’re on your own. No matter how much support you have it’s still just your body failing. Your dream dying. Even if you have a loving partner who shared that dream, they’re not bleeding. Their body isn’t an empty husk. Yes, I know this isn’t necessarily true, but believe me, it’s how it feels.

That sensation continues. The loss is isolating. For all the reasons we’re starting to talk about and for others that will surprise you when you thought you were ok. It is an uncomfortable topic. No one really wants to talk about your unsuccessful pregnancies. Often most people in your life don’t even know about them. Those that do will forget the dates & details. That’s not a complaint, just fact. Your baby wasn’t real to them. It’s hard to feel anything about a life that never tangibly existed; your baby only really lived in your world. That’s not to say your people don’t care, they do. Perhaps they just don’t want to upset you. Or they genuinely don’t have the words. Time goes by. Life is lived. The only evidence of your loss is an absence. But the missing party was never there to anyone other than you. It’s a crime without a witness, but it isn’t victimless. 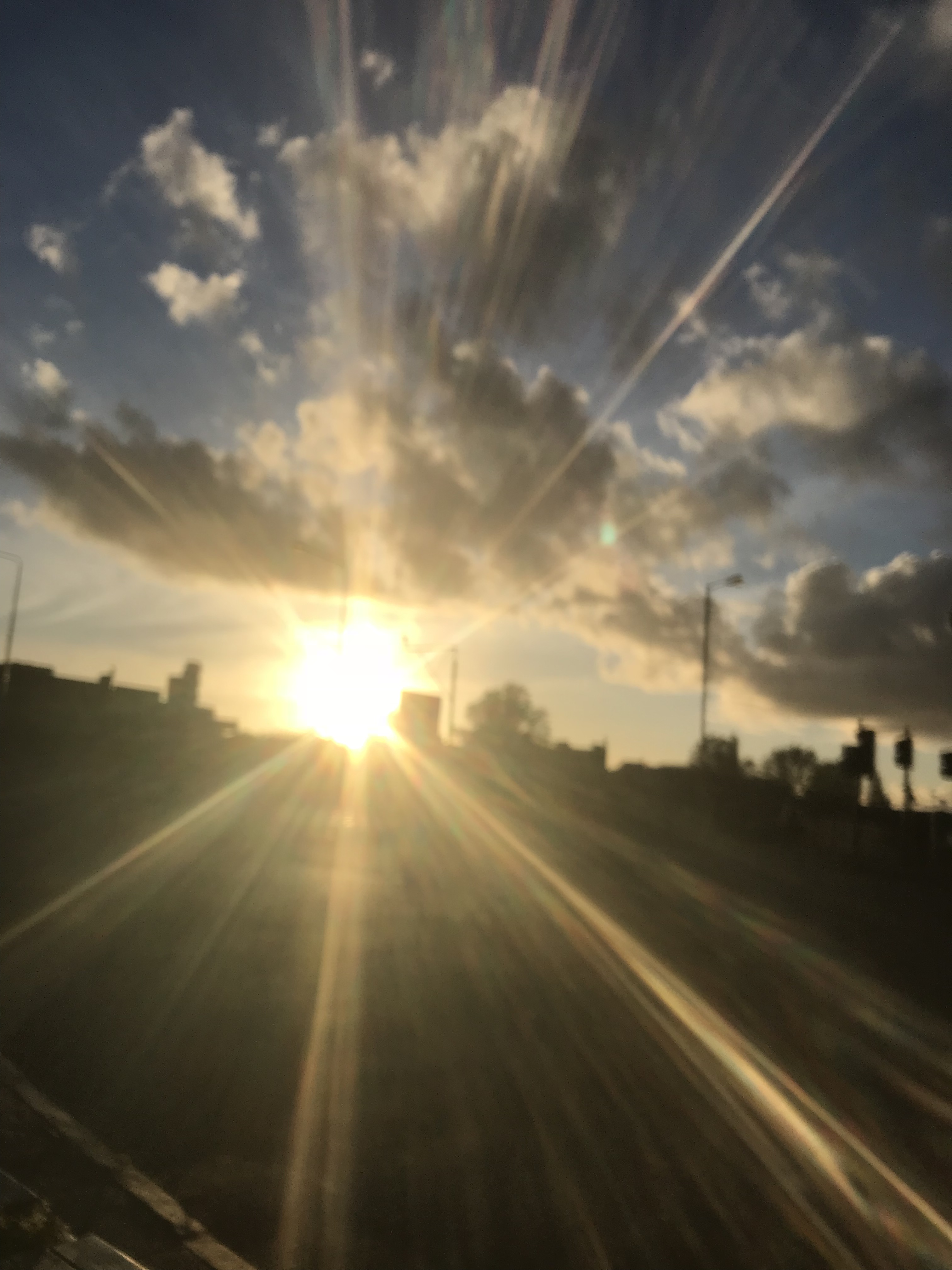 To a certain extent you adapt. You carry that lonelines. It’s occasionally acknowledged that once upon a time your life was almost something else. You quietly carry your grief and you carry on. Along the way you find new challenges. You discover that there are a bunch of seminal moments & experiences that you have to put away. You aren’t really allowed to tell those stories like other mothers do. You aren’t even allowed to call yourself a Mum out loud. The title doesn’t make sense to the world when you have no flesh & blood children to show.

So, you learn to smile & say nothing. Just nod and ask questions when others share the tale of how they discovered they were pregnant. You can’t join in with a silly story about peeing on a dozen sticks. You can never say how you somehow knew before it was ever possible to do any test at all. Your stories aren’t cute. That’s someone else’s lot. You won’t be thanked for ruining the mood. Likewise you mustn’t share pregnancy tales. No friendly bonding over how tired you were or sick you felt. Cravings & aversions will remain unknown because, again, you have no happy endings. The tone of your reminiscing isn’t light. You can never empathise with a pregnant friend. To do so would be to draw attention to tragic realities. There isn’t a guilty party. You aren’t being maliciously excluded. It’s just life. Your child didn’t make it. Reminding everyone of that turns warm-hearted conversations into sad, awkward exchanges. You can’t broach the subject because you don’t want to spoil other people’s nice time. They won’t include you because they don’t want to hurt you or because they forget (or never knew) that you are part of that gang. You’re missing the vital component required for membership. 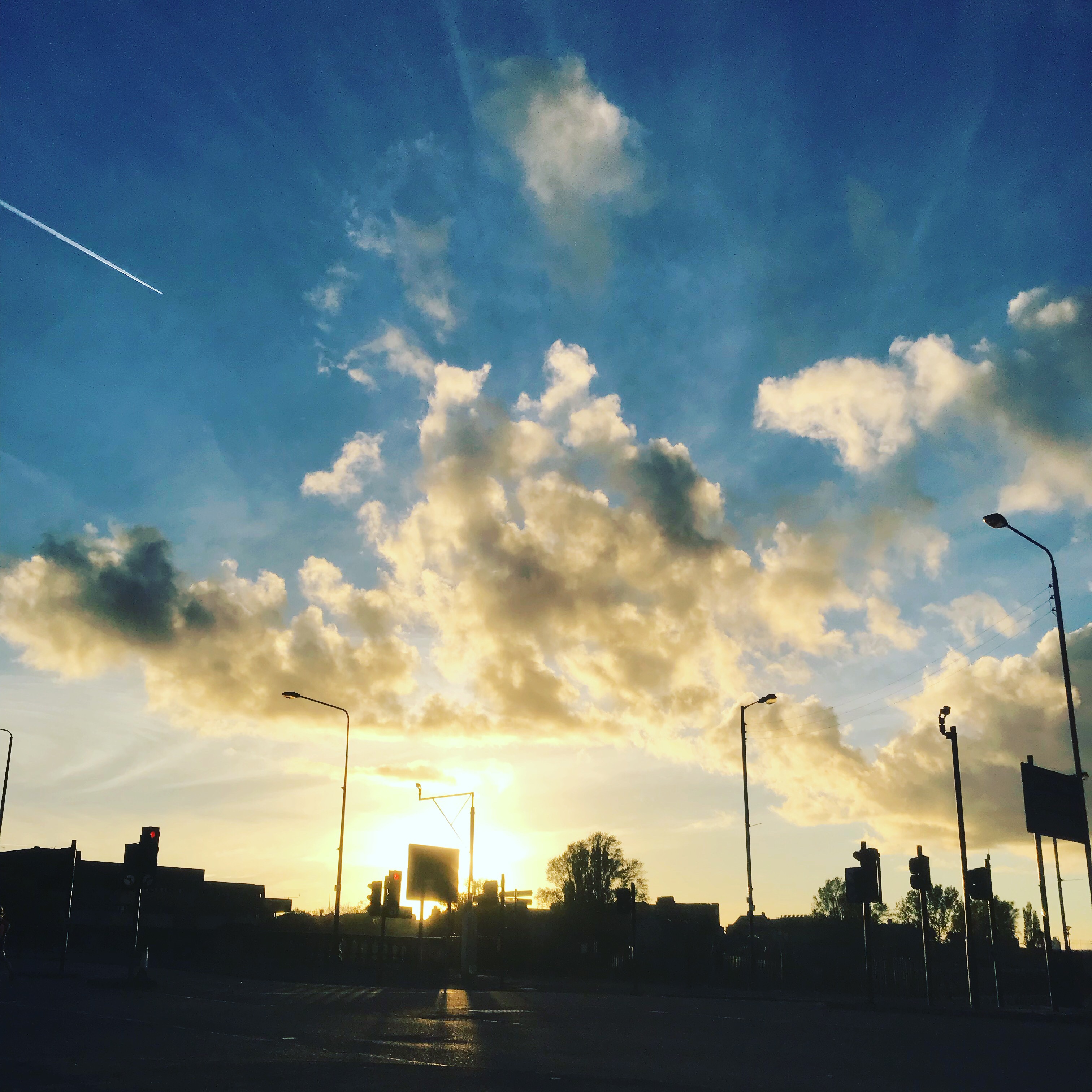 That hurts. The silence is painful. Biting your tongue & standing on the perimeter takes effort. Not letting any of it show can be torture. Not fatal though. You’ll find yourself in these situations repeatedly. You’ll realise you can survive them. You will nod along & take your sadness home. Unpack it when you’re alone. Go over your own pregnancy chronicles in the privacy of your head. Then you’ll have to take a deep breath & face the new hush.

You have nothing to add to the next part. The trimester you didn’t reach. The birth. The nights the baby didn’t sleep. The trials & triumphs of breastfeeding. Words and steps and sobs and kisses. You’ll have nothing to share. All you have is second hand information. When you help your experience isn’t really yours. Just borrowed. Never actually a mother’s wisdom. It’s still no one’s fault. You don’t wish they wouldn’t share. Don’t want to stop being a part of the whole wonderful process.

To feel like a mother & never have anyone call you mummy.

To shake your head no when you mean yes.

I know other people understand, but I’m still on my own.

You’re not a baby anymore. Or you wouldn’t be. Today would have been your 18th birthday. I’ve been thinking a lot about all the things you could have been. I’ll never know what your talents are. What you loved & hated will always be a mystery. Our life together will forever be unknown. I’ve watched so many others mark the milestones in their children’s lives & my thoughts invariably turn to you. I’m not sure I’ll ever get over the blanks.

I have dreamt of every minute of your life. Waking from those beautiful fantasies feels like a stab in the heart. Every single time. I hope those dreams are snippets of how our life would have been. I don’t want to think of us as anything other than happy.

So, today you’d be a man. I’m sure you would be wonderful. The kind of person I’d be proud to have raised. I’ll always be proud regardless. Proud that my blood ran in your veins, thankful that your heart beat in me & grateful that we had any time at all.