My need for interesting spectacles is unending. I’ve been feeling a bit shitty of late and decided some new eyewear might cheer me up. I jumped on my favourite site for quirky lenses and was not disappointed.

These beauties definitely put a smile on my face. I have received compliments far & wise. Plus my nephews love them. What more could I want?

They didn’t solve any problems, but I certainly look adorable in them.

I’ve had a busy week. My days have been shared between being sick as a dog and being blissfully happy. Ideally I’d have forgone the first few days of stomach misbehaviour, but a few days glorious days with my tiniest nephew definitely made up for it. Anyway, both kept me busy & left me short on blogging time. Thus, I give you, another quickie.

This week I’m shouting about statement earrings. I have a bunch of ear piercings and vacillate between loving & neglecting my earring collection. I am very much on an oversized kick at the moment. If it’s dangly, chunky or brightly coloured I’m into to it. I feel so much more dressed up when I hook a giant decoration on my ear. 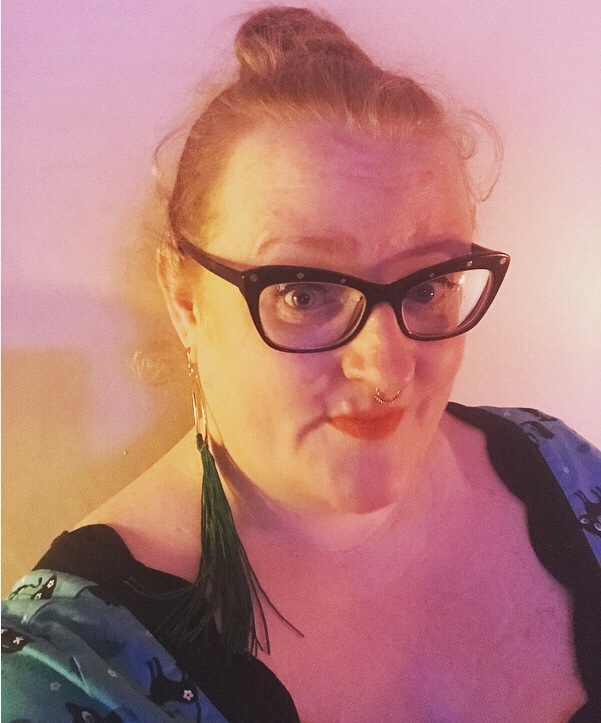 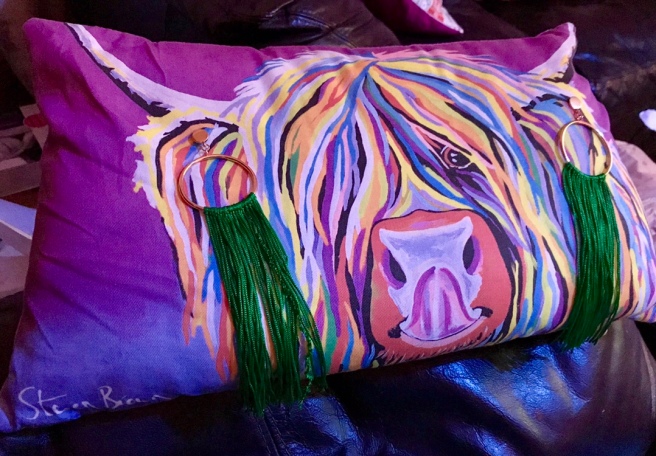 The only trouble I’m having is finding designs that everyone doesn’t have. As much as I love those big tassel earrings, they are just everywhere. Regular readers may have noticed that I like to put my own twist on things. Luckily for me I managed to find these beauties without breaking the bank. 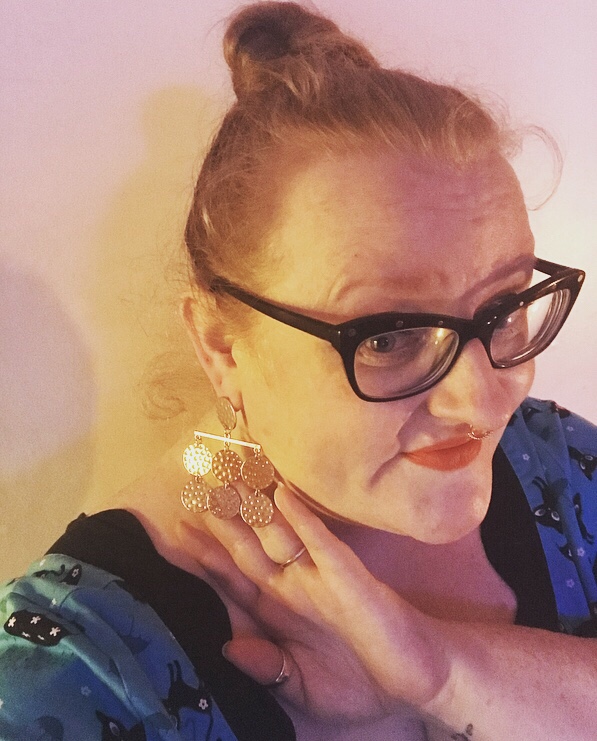 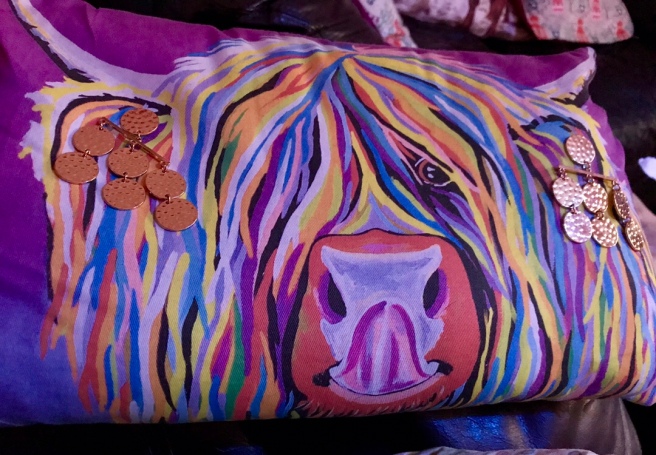 Oh & yes that is another sneaky Nyx purchase. I can’t resist their liquid suede range, especially when the shade perfectly matches my nails. 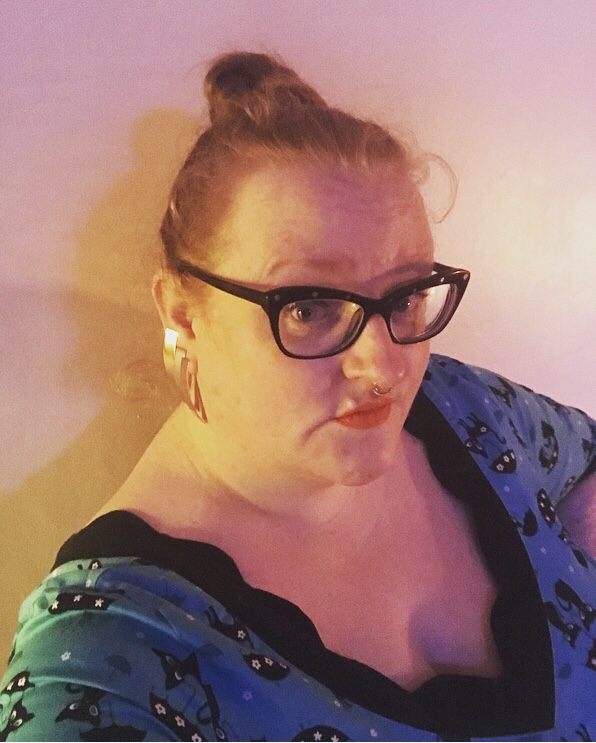 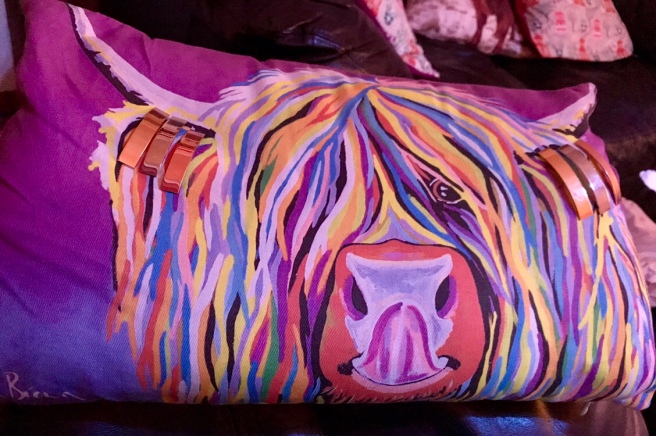 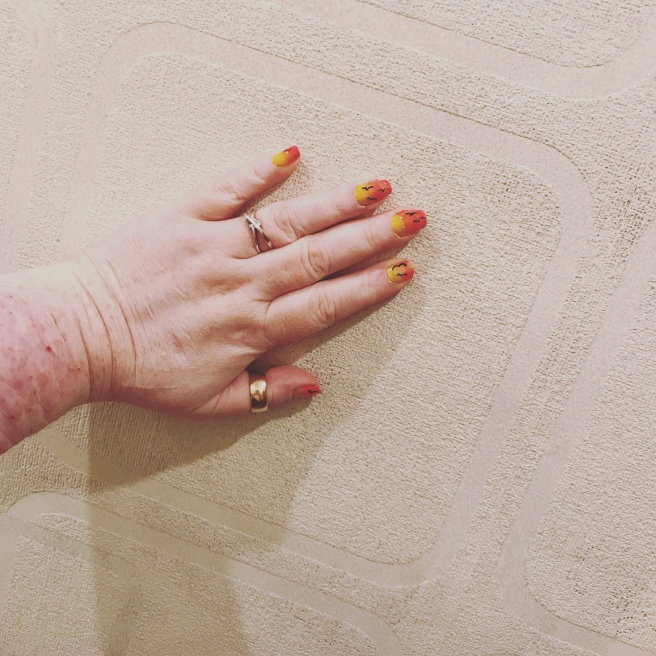 I have always walked on the weird side of the road. From a young age I decided the best option was just to embrace my quirkiness & roll with it. It’s a strategy that has served me well. Sure, I still get stares from strangers & folk making snap judgements about me, but fuck them.

I’ve found that confidence in strangeness is the key. Don’t be apologetic or hide, boldness is the way. No matter how odd your views or look there are always like minded folks  & the Internet guarantees you can find them. However, you don’t have to section yourself into a little pocket of society. I have friends of all varieties, many don’t really get a lot of my choices, but they support them nonetheless. A frequent occurrence for me is having newish friends confess that their first impression of me was ‘weird af’, but on further inspection they found they liked me. My point is eveyone is entitled to be exactly who they are; people will love you despite or because of your differences.

So, what better way to celebrate my irregularities than celebrating some classic eccentric chicks?

I’m going to kick off with my 11yr old hero, Blossom. Blossom was my fashion icon. I had several floppy hats that I pinned at the front with ridiculous badges. More than that, I felt a kinship with the character. She was smart & quirky & frequently teased by her ‘cooler’ older brother. I think Blossom was my first hint that being weird could be amazing. I’ll always love her for that. You can’t talk about weird characters without bowing down to Pheobe Buffay. Pheobe was me. She was the veggie, hippie, black sheep of her group. The other ‘Friends’ were continually puzzled by her, but loved her anyway. Moreover her outlandish ideas often held a needed wisdom.  Pheobe walked her own path, which was exactly my plan. As a teenager it was so affirming to see a woman like that on the biggest to show in the world. 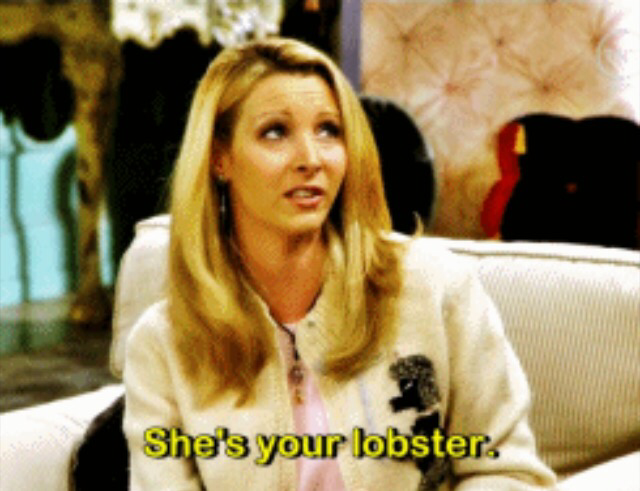 Ok, so I’ll preface this with saying that Lena Dunham is problematic in a number of ways. I can’t stand her. Some of that bullshit filters through, but there are aspects of Hannah that I really like. I arrived at the Girls’ party very late. I have only recently delved into it & was of course sucked into a box set binge. Yes, all of the characters can be hideous and by the end I’m not sure I actually liked any of them. Hannah, though, had something. She is odd. She makes some horribly bad choices & let’s face it, she gets annoying. Her whiny privilege is not something I aspire to. Even, so, I like elements of her character. I adore her body positivity. She wears whatever she wants & she gets naked whenever the notion takes her. She’s a writer, she struggles with her mental health & she loves a very kooky man. Most of all she is honest (perhaps sometimes too honest). She’ll talk about scary feelings & taboo topics alike. Shame is not a thing to be tolerated in Hannah’s world & I’d like to see those features in more (& better written) main characters. 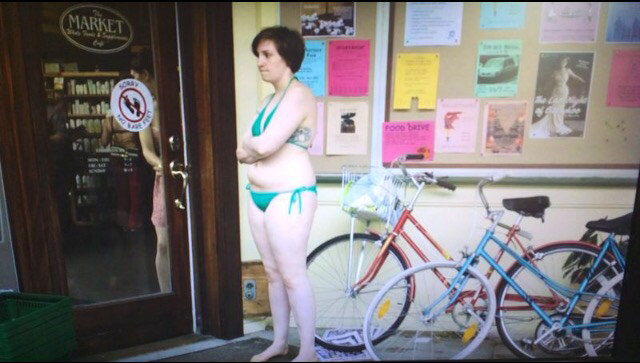 Now it’s time for ultimate 90’s weirdo, Daria. God, I still love her. Daria is everything. She’s cynical & witty; she shuns all conformity. Fashion is irrelevant, popularity a non issue. Daria & her equally cool friend Jane live in their own world. She finds her cheerleader sister ridiculous. Her come backs are top level. She even has a romance with an older musician dude without altering herself one bit. For your supreme snark & flawless misandry, I salute you Daria. 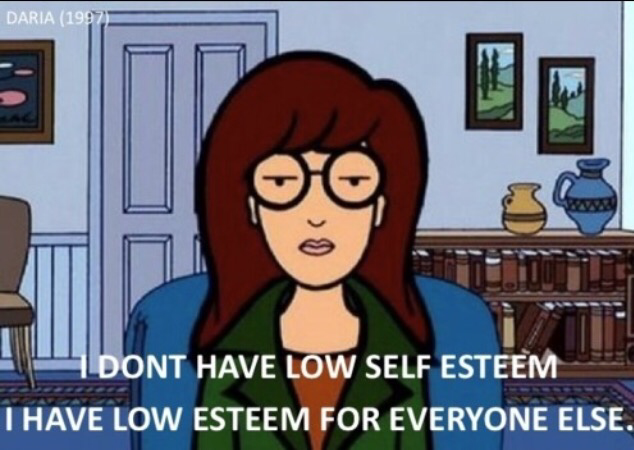 St Valentine’s Day is almost upon us again; love it or loathe it is time to get smoochy. Personally, I fall into the adore it camp. What’s  not to like about a day dedicated to love? oh, I know, some folk think it’s too commercialised and others hate it when they’re single. To those folk I say, relax & feel the love. Be it a celebration of a lover or a friend, Valentine’s is the perfect opportunity to tell someone special how much they mean to you.

There’s no better way to spoil the object of your affections than finding their perfect gift. I like presents to be a bit different, but still sufficiently lovey dovey. With that in mind I have compiled a wee wish list to suit my needs. 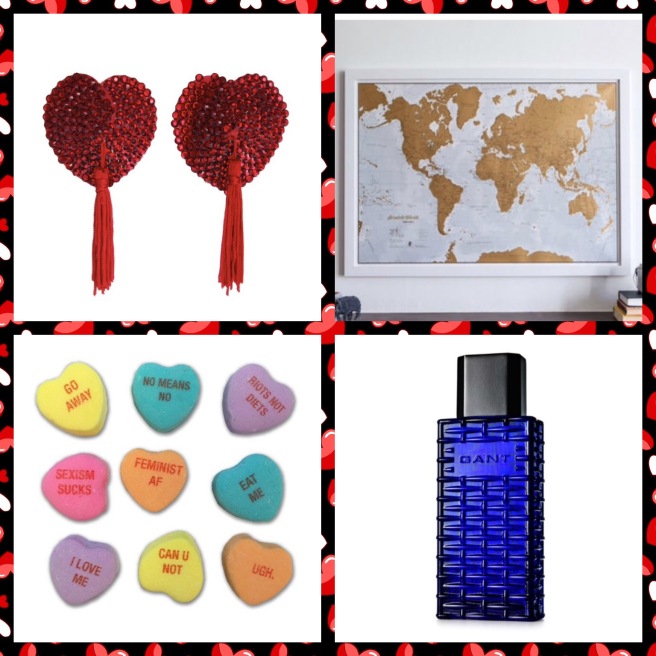 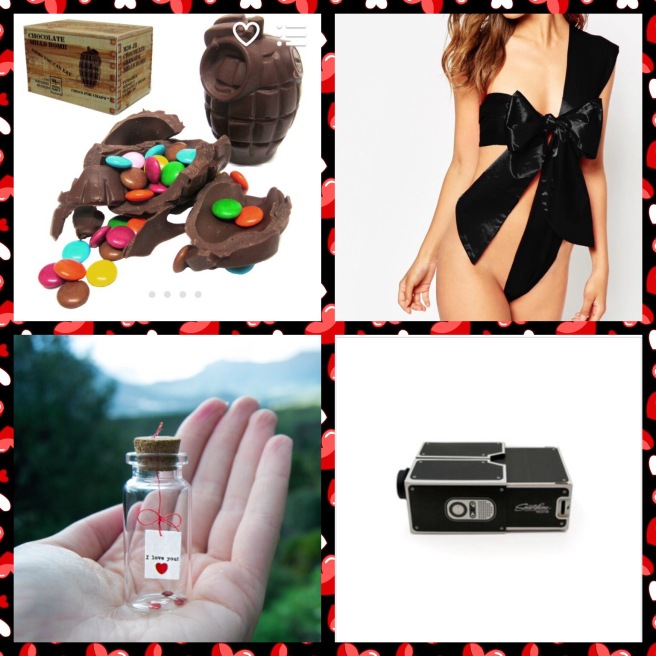 Forever a romantic, I am a valentine’s fan. As much as I love the mushy stuff the chances of my soppy side being indulged are slim. Nevertheless I have come up with a lovey dovey wish list just in case a certain someone is paying attention.

I’m more into quirky, thoughtful gifts than grand gestures or your standard valentine’s day fair. With that in mind I picked out a handful of items I’d love to receive & a spattering of things I’d choose to give.

Putting a twist on the traditional are these his & hers floral offerings. White flowers are guaranteed to have me swooning, so white roses seem appropriate. Orchids strike me as both sexy & romantic. This black variety hits a chord with me. 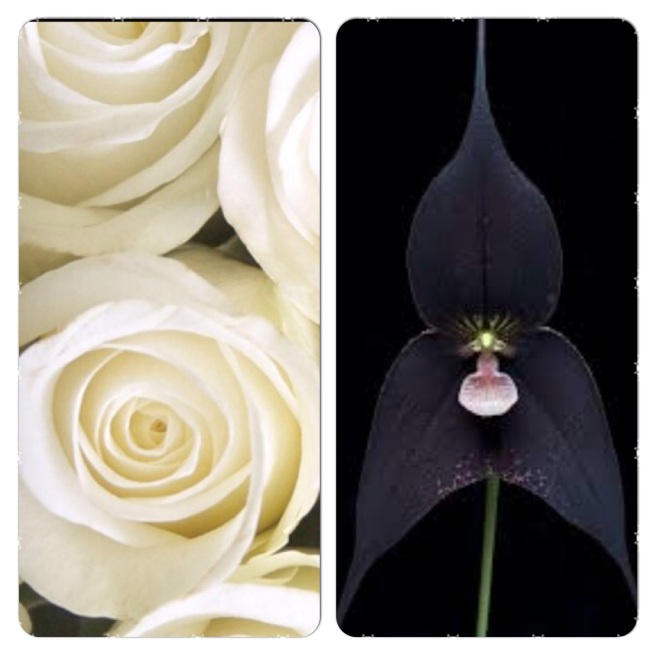 If like me you’re looking for something a little different, but still sweet. These picks might float your boat. 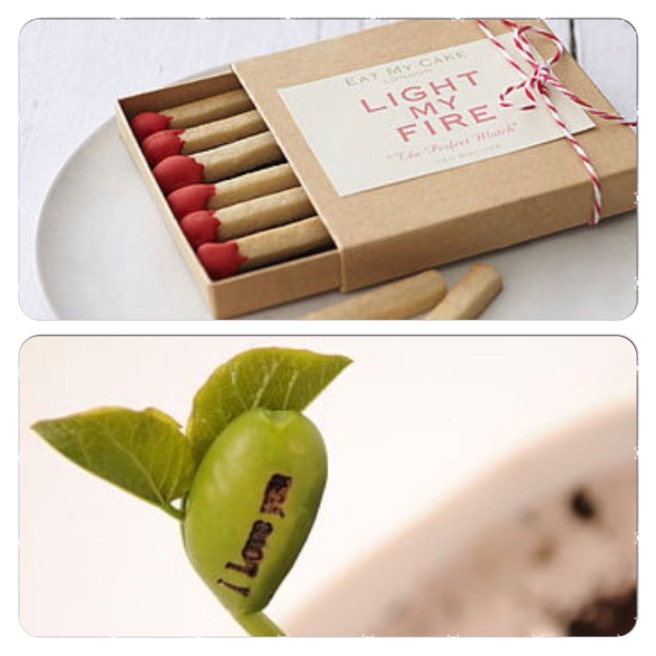 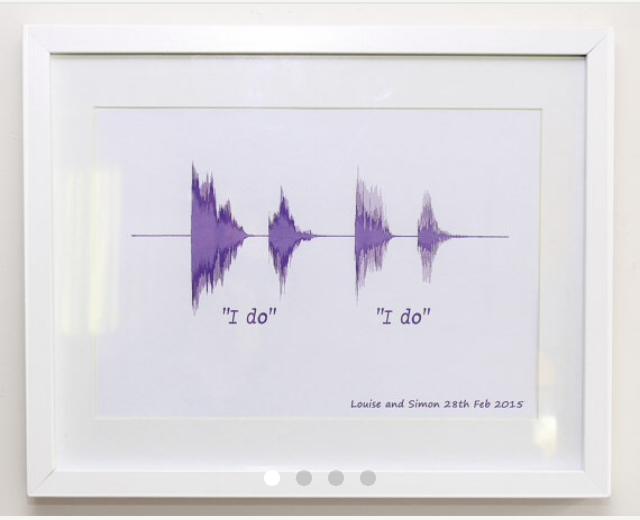 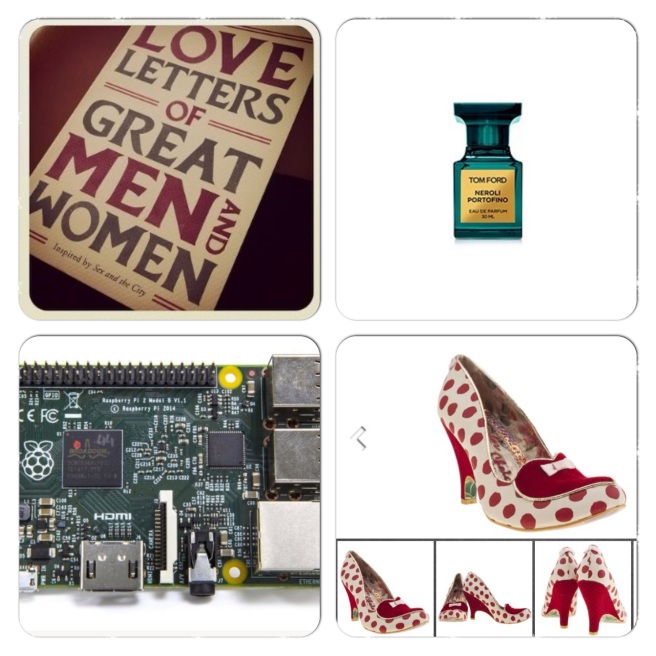 What good would Feb 14th be if we didn’t get a bit dirty? Beautiful lingerie never fails to get me in the mood. 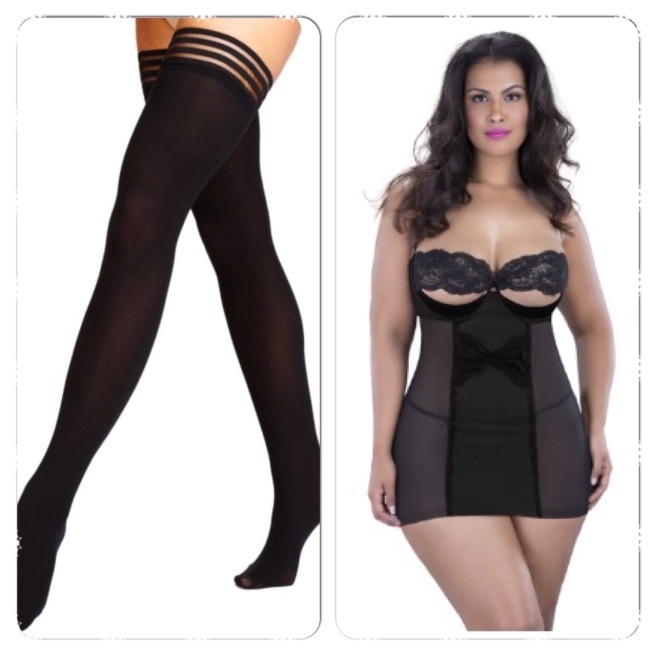 I’ve already picked up my valentine’s card. It may give you a clue as to what keeps me smiling. 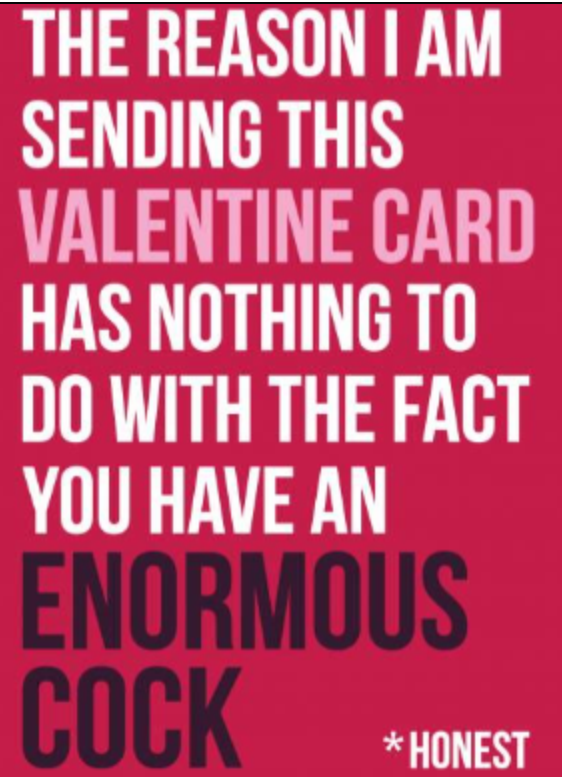 Whatever your status & however you celebrate, I hope you have a wonderful day.