It’s been a sombre weekend for many of us in Scotland. I am devastated about the referendum results. I really felt that an independent Scotland was an opportunity to create a fairer society. I believe passionately in the tenants of socialism & I think the yes campaign embodied those ideals.

Disappointment at the result was compounded by the loyalist thugs taking over Glasgow’s city centre on Friday. Add to that MP’S backtracking on their election promises & I was left despondent.

Having said that, I still have hope. Yes voters remain politically engaged. SNP have around 10000 new members. Saturday saw yes voters peacefully gathering in George sq & making donations to food banks. Organisations such as we are the 45% have sprung up & are gaining huge support. It seems the dream is not over. There are like-minded people out there & they are determined to protect the vulnerable & establish a movement for a better Scotland.

So, with all this firing in my mind I felt the best way to express myself was on my nails. So, here you go my first political manicure. 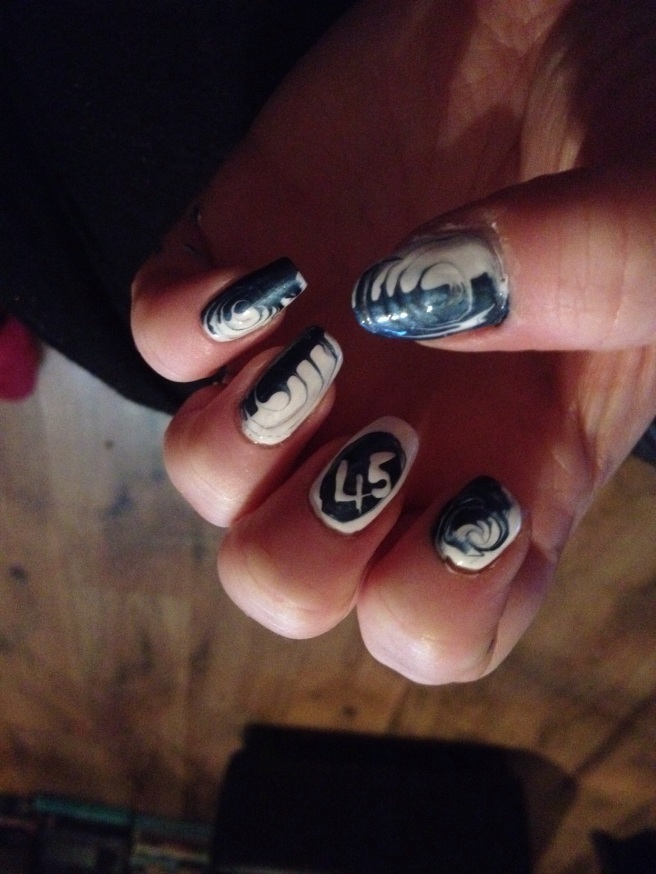 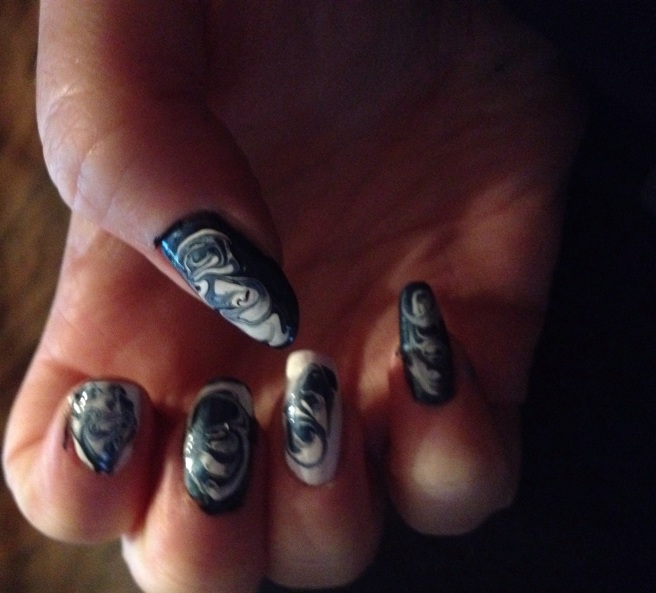 One thought on “Oh flower of Scotland….”