This week’s marvellous female specimen is Ruby Tandoh. I actually came pretty late to Ruby party, but I intend to make up for lost time. Ruby is the no bullshit baker we all need in our lives. 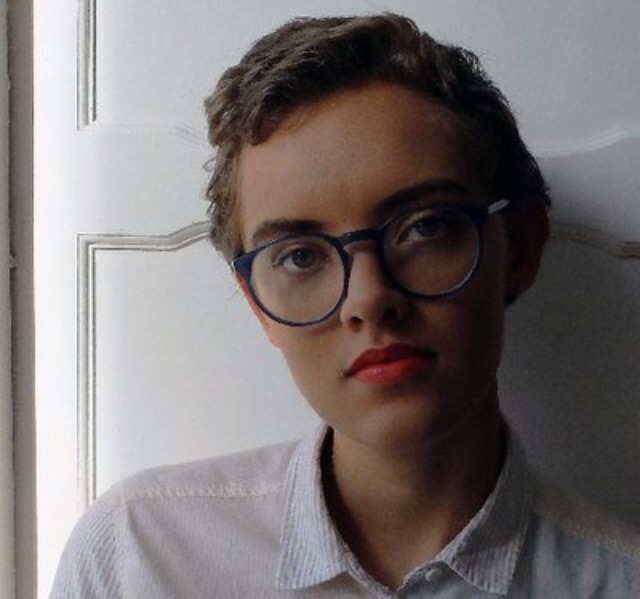 Ms Tandoh obviously came to public attention on The Great British Bake Off. She didn’t win the show, but she was excellent in every way. Every single one of her 5 million facial expressions were endearing & I totally related to her stressing. It goes without saying that she made some tasty shit, but the best was still to come.

It wasn’t until I found her on twitter that her true glory was revealed. Ruby is a kick arse intersectional feminist. She tweets about important matters from LGBTQ issues, fat phobia & ableism to popular culture & politics with the kind of blunt clarity I admire. She calls out the sell out tactics of other chefs who jump on the healthy eating bandwagon. All the while writing joyfully about food (& various other things) in her Guardian column & books.

Ruby had no fear in taking on the big names. She has been savage in her take down of Jamie Oliver & clean eating quacks Ella Mills & The Hemsleys. She skillyfully disects the dangers of healthy eating fads whilst highlighting why they are so problematic. 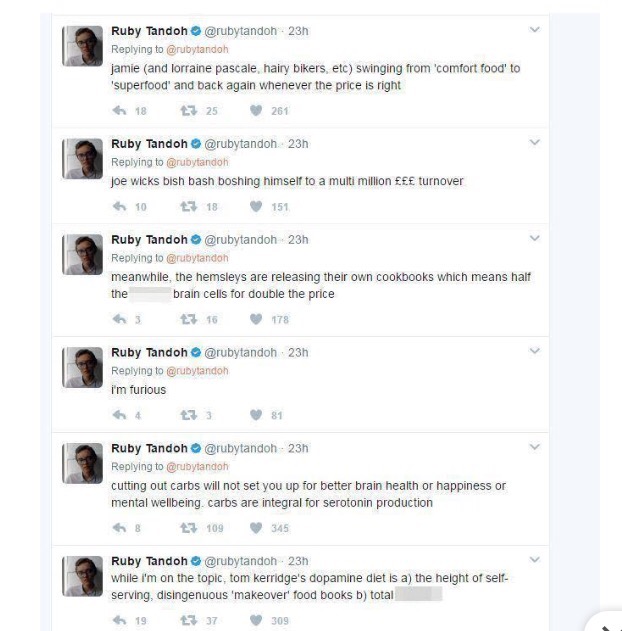 Her recent contribution to Do what you want, a zine about mental well being has pushed her even further in my estimations. The zine includes a variety of pieces on all aspects of mental health. It covers perhaps less talked about issues like accessing treatment as non binary person & mental well being from a refugee stand point. This all round excellent publication also donates all of profits to mental health charities. I believe it is now sold out, but check the website for details.

Ruby Tandoh seems to be that rare thing of a ‘celeb’ who puts her money where her mouth is. Her feminism is inclusive of the groups so often exclude from mainstream white feminism; sex workers, non binary people, POC, fat women, the disabled & so on. Her life seems to genuinely reflect her spunky public persona. This is a woman worthy of our respect.

If all that wasn’t enough she is hilarious. We’re talking about the chick who refused to work with Piers Morgan by calling him ‘sentient ham’. Oh & she wasn’t fucking sorry about it. 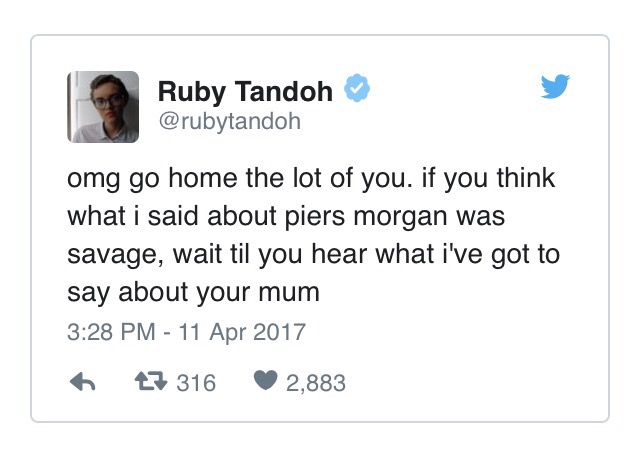 Can we have a standing ovation for Ruby?

2 thoughts on “Woman of the Week…”