I couldn’t march on Saturday because my stupid body is stupid. I am gutted to have missed such a massive assembly of strong women. I was especially delighted to see so much intersectional feminism on display along with a big turnout of kids & young adults. It heartens me to think that right here in my city the next generation is woke. I am proud that so many parents everywhere are raising their kids right. Which brings me to one of my favourite videos from the March on Washington. 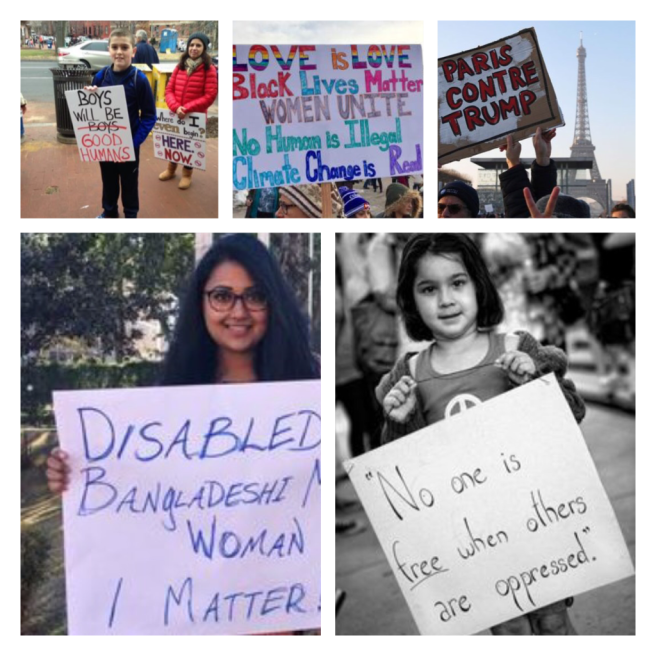 By now I am sure you have all seen Ashley Judd’s recitation of Nasty Woman. It was a memorable performance of a powerful piece & credit to Judd for bringing to the attention of so many. For me what makes it even more inspiring is that it is the work of Nina Mariah Donovan; it is she who is my woman of the week. The 19 year old from Tennessee wrote the poem last year in response to Trump’s growing campaign infractions. Judd attending the event at which Nina originally performed the poem. The writer’s own delivery of the piece is every bit as commanding as her famous fan.

Ashley Judd of course sought & received permission to use the work & Nina expected some backlash. Ridiculously Trump supporters are disgusted with Donovans’s description of Ivanka as her father’s favourite sex symbol, whilst having no issue with Trump’s own incestous comments.

Nina Mariah can be found on YouTube, where she posts videos of her incredible performances. She writes on feminism, social justice, her Puerto Rican heritage & pop culture. I’m blown away with the intensity of her words. Her stage presence & mastery of language are stunning. Do yourself a favour & start following her now. I dearly hope this young woman’s  redoubtable talent is about go BIG.

2 thoughts on “Woman of the Week…”